Thailand has been calling for years. Every time I’d sit down for a delicious Thai massaman curry, I’d wonder, could the real thing be so darn tasty? Well, it was better! I finally made a 10-day trip to Thailand over New Year’s 2014, and the food was often simple but ridiculously savory.

After the standard 21 hour flight from Chicago to India, a day of meetings in Delhi, a night flight to Thailand, a day food tour of Bangkok and a 12-hour night bus to Krabi Town on Thailand’s southwest coast, I was getting closer to my destination. Ton Sai Bay, an isolated, low-key, beautiful rock climbing spot would be home for the next week. Reaching Ton Sai requires a long-tail boat from nearby AoNang or Krabi Town, as the high shear cliffs surrounding Ton Sai cut it off from the surrounding beach towns. Its isolation means no cars, no big resorts, limited water/electricity and few tourists other than rock climbers, solo travelers and other forms of nutty, friendly, and fit adventurers. Here is a sample of what we were up to at Ton Sai.

Here is a tasty Thai massaman curry recipe from scratch. It is easier than one would expect. 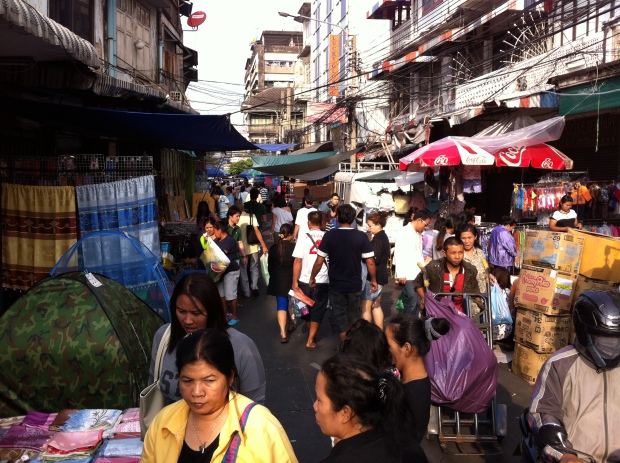 Do you need a glock handgun, pair of shoes, pressure cooker, engine, furniture, produce? On the bustling streets of Chinatown, Bangkok, you can buy anything. I wouldn’t be surprised if you could buy a real person in Bangkok (I didn’t see that though). 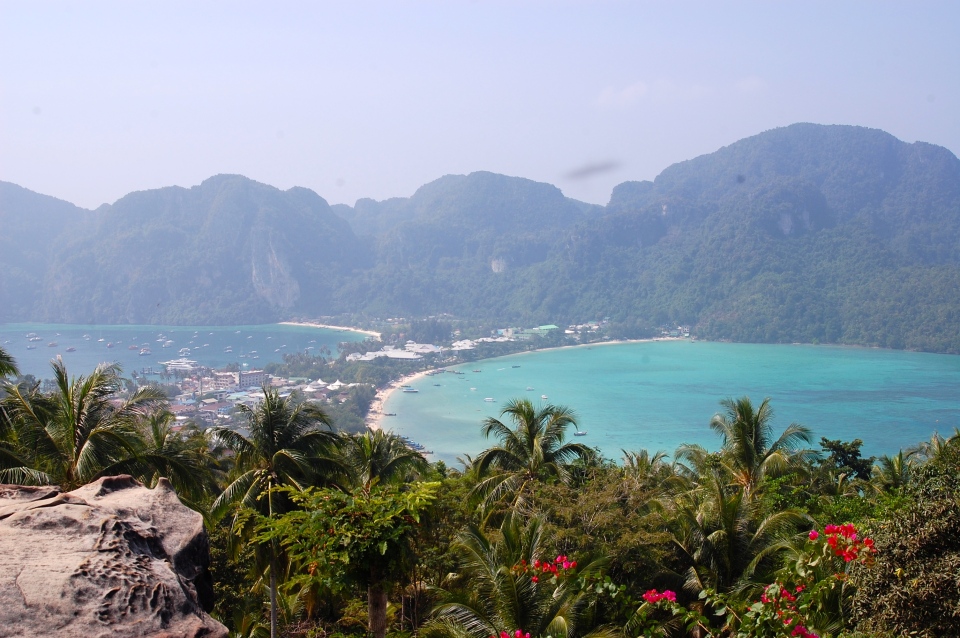 Koh Phi Phi was definitely not a bad place to spend New Year’s Eve. With several thousand people dancing on the beach, we brought in 2014 with fire dancing, fire limbo, fire works, and, most importantly, fire lanterns floating into the night sky toward the stars. On Jan 1, I woke up early to hike to the island view point, shown above. Although the main beach area on the isthmus in the distance is very busy with tourists, the foot traffic drops off the farther one walks away. On the opposite side of the island there are several calm isolated beaches only accessible by foot or boat with just a few small cabana guest houses and beach side restaurants. 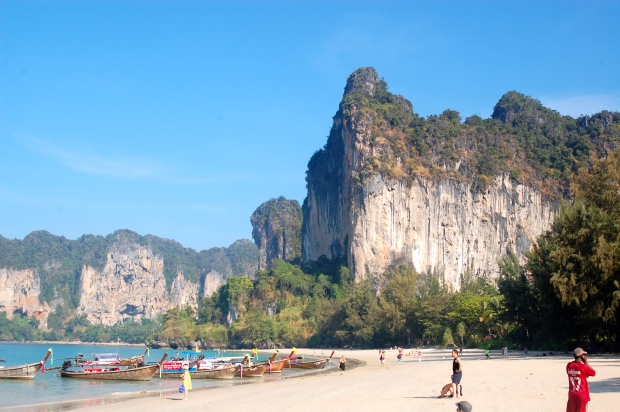 Ton Sai Bay! No, this is not a dream. Yes, the place is that breath taking. The snorkeling was nice. And, the rock climbing wasn’t too terrible either. There are more than 500 climbing routes around Ton Sai. Every year a volunteer crew spends several weeks replacing the bolts on Ton Sai’s routes, as the rock is a bit soft as a result of the geology and sea air (don’t worry ma, it’s perfectly safe!). 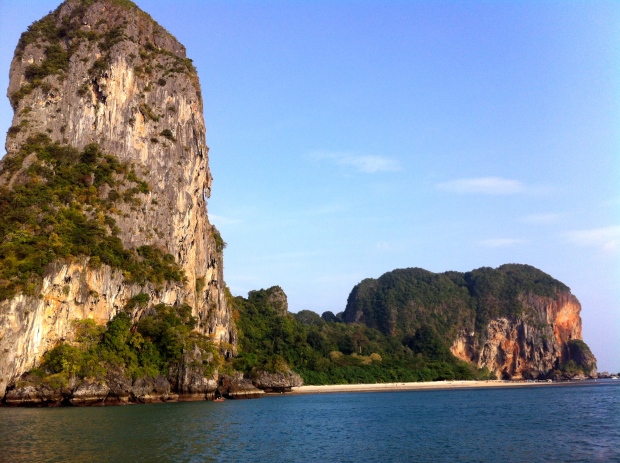 On the way for a snorkeling trip, the boat ride was as rewarding as the shallow diving. 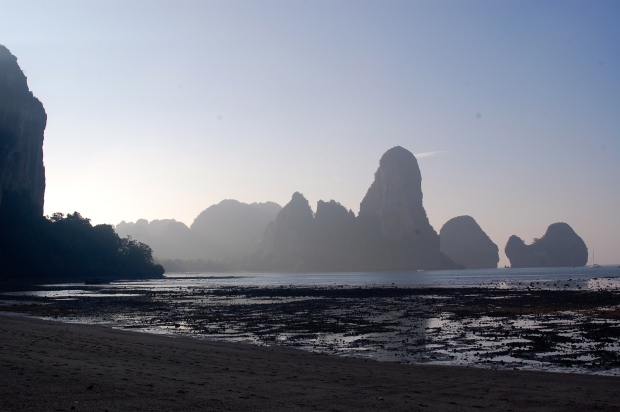 The sea goes out several hundred meters at low tide, exposes the rocky sea bottom and leads to the use of long-tail boats. 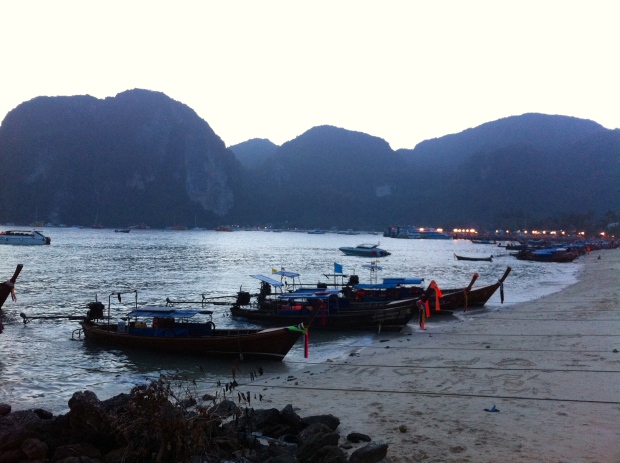 The infamous long-tails have a propeller on the end of an eight foot horizontal pole so the blades can be lifted out of the water during low tide. 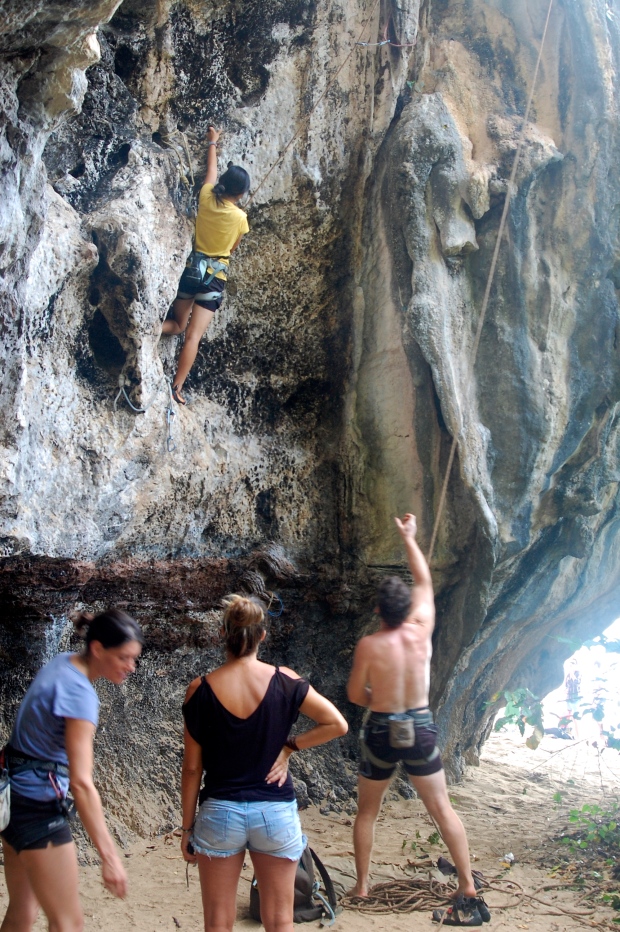 One of my favorite things about Ton Sai was Mama’s Chicken Restaurant, a street food stall with several large plastic picnic tables. Because it was super popular and tasty, the tables were always packed. It was an ideal locale for connecting with new friends. After an evening at Mama’s Chicken, I went climbing with new friends from the US, Germany and France. Kathy was a rock star climber. Michael, who is a climbing instructor in Germany, was an awesome guide for the day.

View from the day 2 climbing spot. We felt very lucky to be there climbing in what must be one of the most beautiful places in the world. 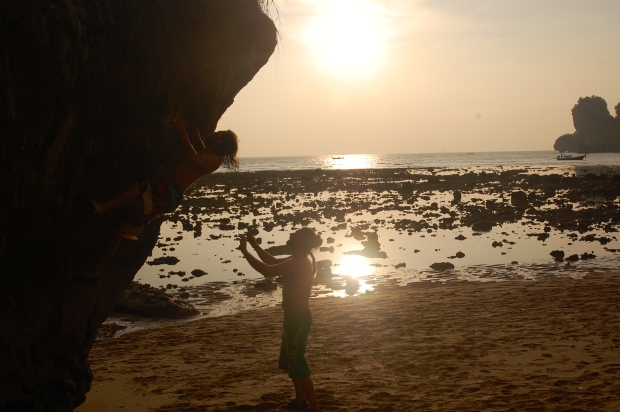 Sunset bouldering on Ton Sai after a day of climbing. Quite a nice way to end the day. 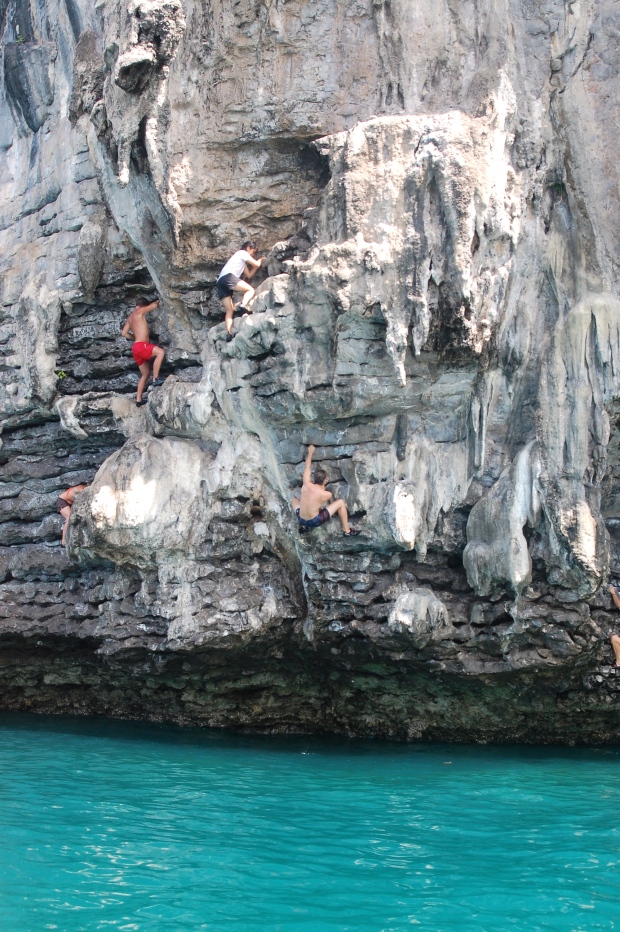 Because rock climbing wasn’t adventurous enough, some bright folks came up with deep water soloing, climbing over deep water and jumping off.  It was challenging to climb with wet hands, but a heck of a lot of fun! 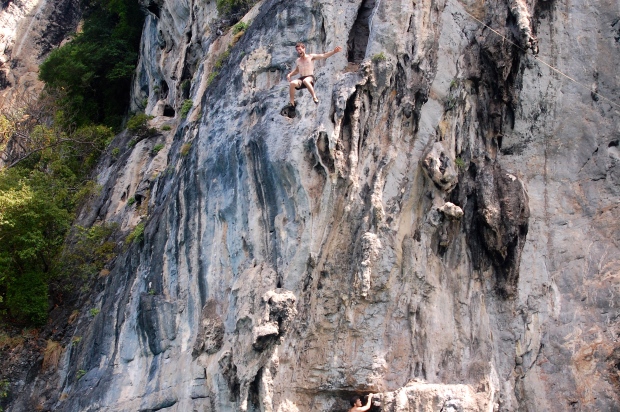 This dude was a crazy good climber, and just crazy. He would climb up up up until there was nowhere else to go, often 120-140 feet. And when you can’t go up you must come downnnnnnnnnnnnnnn! 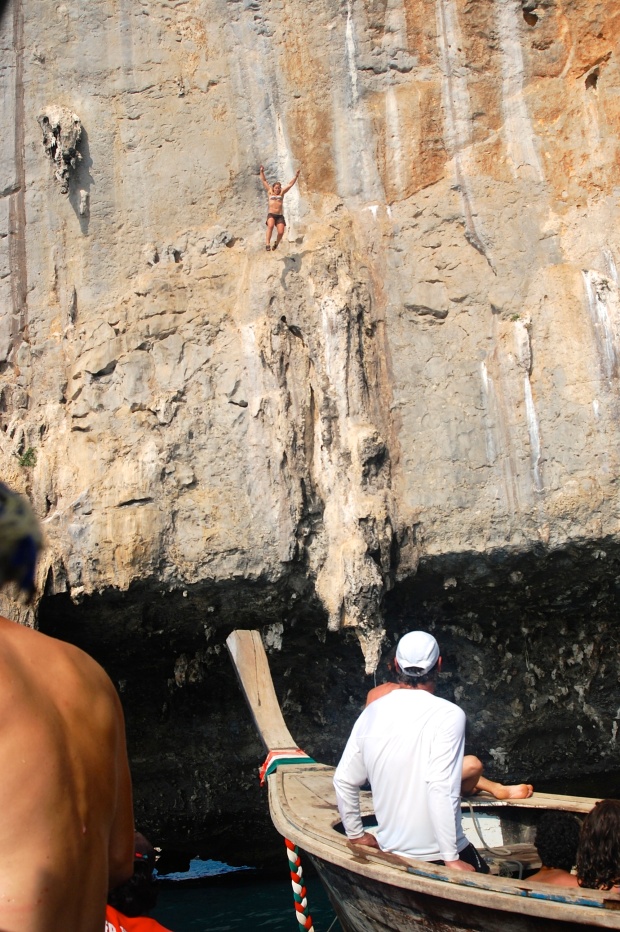 Watch out belowwwwwww! When climbing and deep water soloing are boring, the only reasonable thing to do is cliff jumping from 1000 feet above the sun catchers. We were directly below on the beach. Six guys jumped consecutively. They would hike up around 4pm and come down by 6pm. The entire beach full of people would clear a runway for them to land. 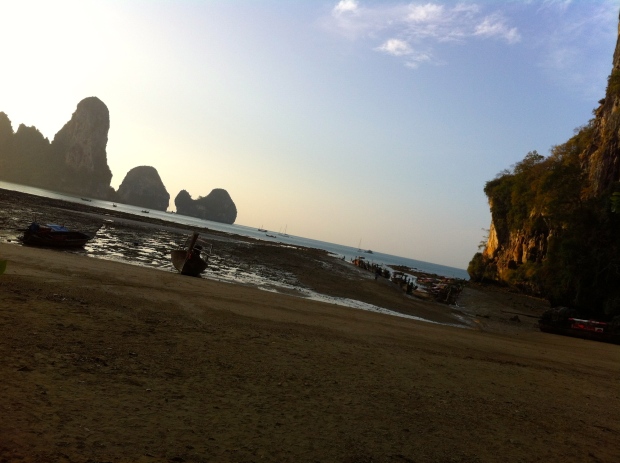 It was an awesome trip, just what the doctor ordered. This was the morning of departure waiting for a long-tail at 6am to get around the cliffs to the main town and off to the airport for Bangkok and return trip to Bangalore. 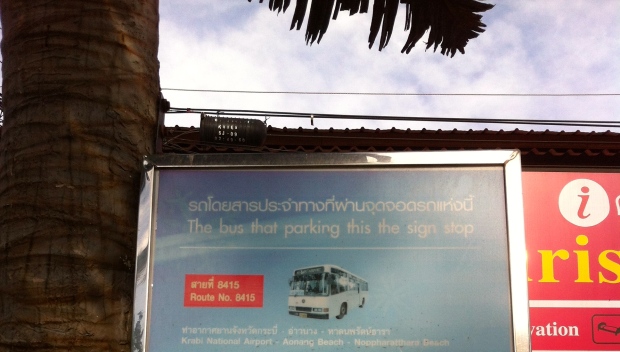 “The bus that parking this the sign stop.” Thanks for clarifying, sign. I waited for 45 minutes. The bus never came. I ended up booking a private bus through a local agent and making it to airport with plenty of time to spare.

← Oli Otiya Uganda!
DR, and the photos that almost weren’t →